In 2016 the Erie Veterans Affair Medical Center awarded R.A. Glancy & Sons, Inc. a best‐value technical proposal contract as the General Contractor to build a brand‐new community living center on its campus. This project started in November 2016 and final punch lists were completed in June 2019. This project was designed to house Twenty‐two long‐care patients and replace the community living center that were being housed on the fifth floor of the Erie Veterans Affairs Medical Center. This twenty‐five thousand square foot facility provides the veterans a place to receive the care they need in an environment more closely resembling a home. R.A. Glancy & Sons, Inc. self‐performed roughly thirty percent of their eight point one‐million‐dollar lump sum bid. The total construction cost for the project was about nine million dollars. 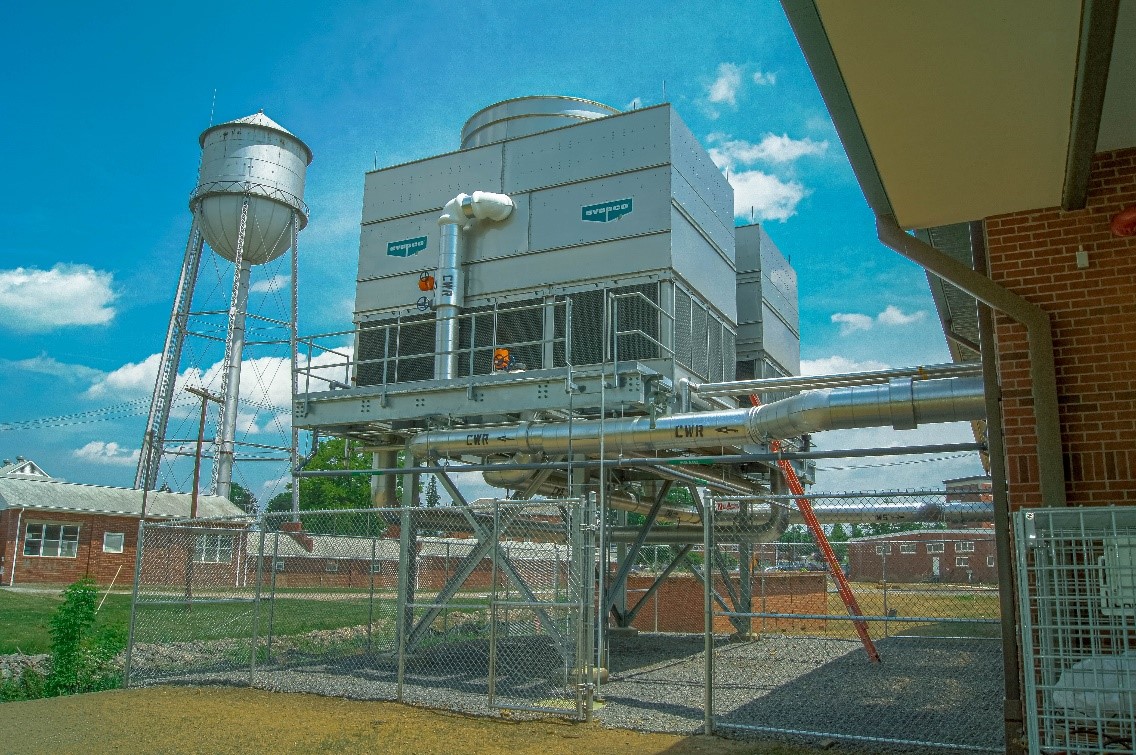 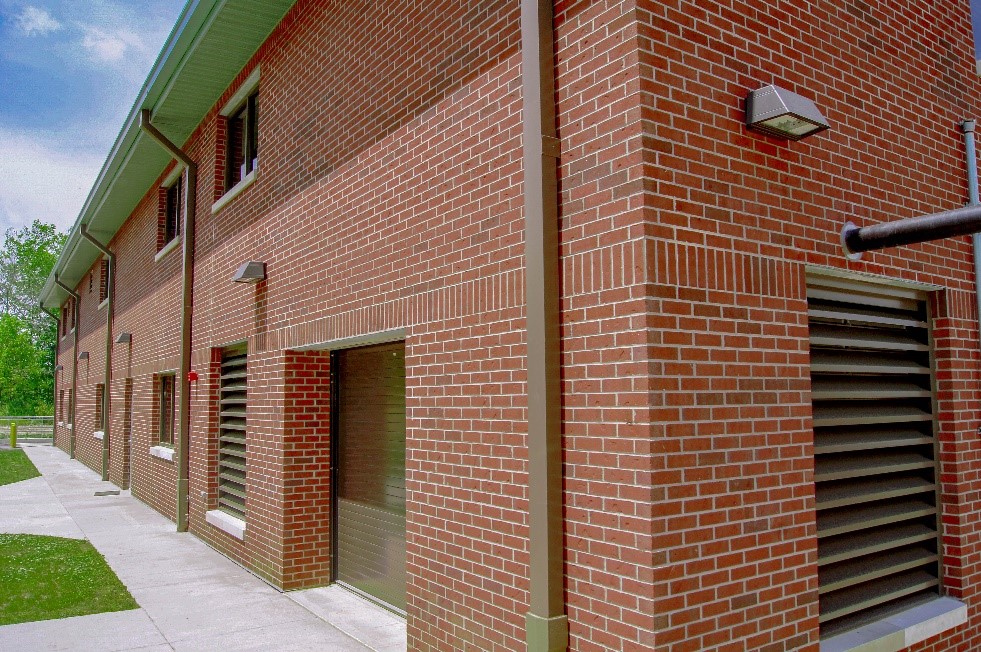 The Chiller Plant Replacement project was undertaken with a target schedule of two years until final completion. In an effort to get the project finished ahead of schedule R.A. Glancy worked an aggressive schedule to get the new Chiller Plant operational earlier than anticipated. This project involved the erection of a new 4,500 sq/ft chiller plant, coordination of all mechanical aspects of the new utilities being installed, excavation of the distribution lines to the existing building from the new chiller plant, and demolition of the old chiller tower. This $6.86 million project finished ahead of schedule with R.A. Glancy self-performing over 35% of the work. 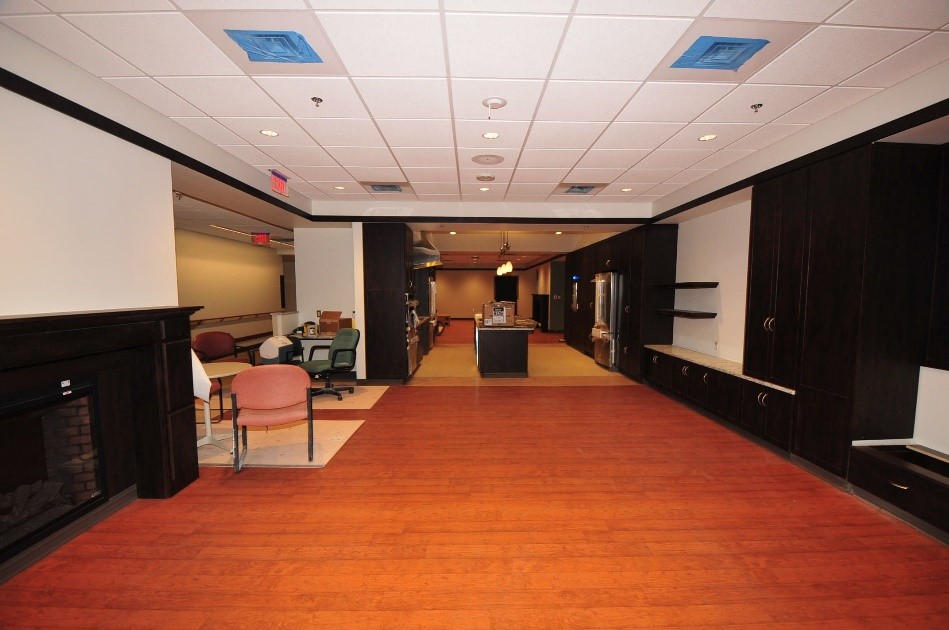 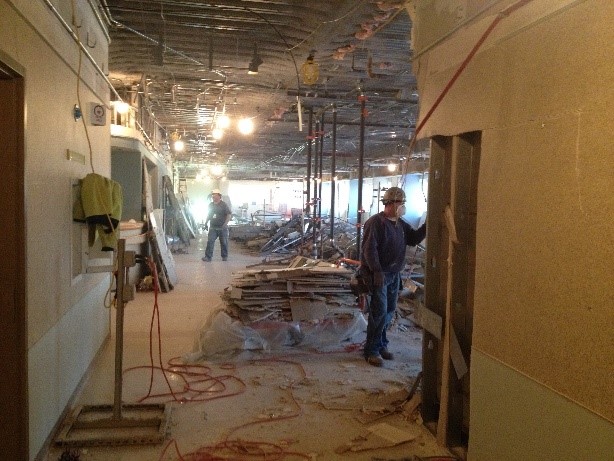 This project consists of the complete demolition and renovation of 24,000 square feet of existing hospital space and converting it into a community living center. Inclusive of the addition to the community living center is an employee fitness/locker room/shower facility. The keystone of this project is the full medical support systems for patients and staff to enhance a home style living environment. The CLC is located on the third floor of Building 51 at the Aspinwall VA Heinz Medical Center and required RA Glancy & Sons to work within the constraints of a live hospital atmosphere while complying with all infection control requirements as well as patient safety protocol. This project also includes a complete replacement of the HVAC, electrical and plumbing systems along with all specialized medical gases, nurse call systems, fire alarms and security systems. This $5.6 million project is still under construction and is scheduled to complete January 2016. 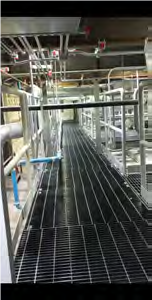 R.A. Glancy and Sons, Inc. was awarded the contract to build a multi-story Vivarium addition onto the existing Research Office Building, Building #30. The project consisted of roughly 30,000 sq./ft basement, ground and first floor addition. This complex project needed to be coordinated in a very tight space and involved a 19ft deep foundation. Several existing utilities needed to be reworked around or ultimately relocated.

The first step to be taken, after the site was secured, was to excavate the site for the foundations. This proceeded as planned until we discovered the site was located on a rock ledge. After relocating an existing duct bank, we proceeded with the rock excavation as directed. Due to this rock we had to bring in a drilling rig to drill holes to place columns for shoring. This was followed by sliding shoring panels in place at which point we could begin the large spread footers. On top of these spread footers were 20” poured concrete walls for the basement.

Once the concrete walls were complete, we could begin setting the steel columns. The crane was setup in the alley being used for deliveries by the VA. This area was made safe without an incident or interference to VA or us. As the columns were placed the connecting beams were placed to keep everything tied together. This was followed by placing the composite decking and then the studs.

Once the steel was complete underground utilities were run. This was followed by several concrete floor pours, including pouring concrete on the roof deck. This was all completed while the building was occupied. A temporary entrance was constructed to maintain egress until the existing entry could be reopened at which time it was maintained and kept safe via a crew member watch.

A TPO roof was installed once the exterior framing and sheathing was complete. A new doorway was cut at each level to access each floor. In addition, a fire expansion was installed between the existing and addition. Once dried in framing was able to begin along with MEP rough-in. Drywall was then installed, and finishing began. This is all to be followed by painting and then both a resinous floor along with resilient flooring and carpet. Other finishes for this project include hollow metal doors and frames, acoustical ceiling assemblies, and both wood and metal casework.

The MEP rough ins include conduit for power and controls, duct work, heating piping, sanitary/storm/water/gas piping. The project includes tying into existing utilities and running new. Some modifications were made to existing duct work and piping. Steam was tied into an existing PRV station. Both the main power feed and ATS were tied into existing equipment. There is both a sanitary and lab waste manhole with pumps and controllers for each.
The exterior finish of the building was completed with an EIFS system. New concrete curbs and gutters were placed prior to placing new asphalt. There are two new sets of concrete steps. One set of steps is proceeded by a new concrete sidewalk. The other set exits onto a large section of new heavy-duty concrete driveway. The loading dock has a large overhang with a metal panel soffit.

SEND US A MESSAGE